Tenants Together proposes that California Civil Code include a codified right. Tenants living in housing owned and/or managed by the U.S. Department of Housing and Urban Development won the right to organize in 2000. We need to ensure strong organizing rights exist for all tenants.

Betty Galbadon, a Tenants Together member in the city of Concord, lived in her home for eight years with her young daughter. A few months ago, Betty received a 60-day notice of termination of tenancy following her efforts to organize her building and form a tenant association to improve living conditions. The notice stated no reason for the eviction, as allowed under California law. They were forced to leave their home and move to a new city. Betty was evicted for organizing, plain and simple.

Our proposal states that any tenant who forms or joins a tenant association shall have the following rights:

Q: Retaliation is already illegal in California. What’s the point of this bill?

Q: If you require cause for eviction, it will make it impossible for landlords to evict bad tenants.

Q: There are a lot of tenant bills being introduced.  How does this one fit in?

(send a support letter to be added to this list!) 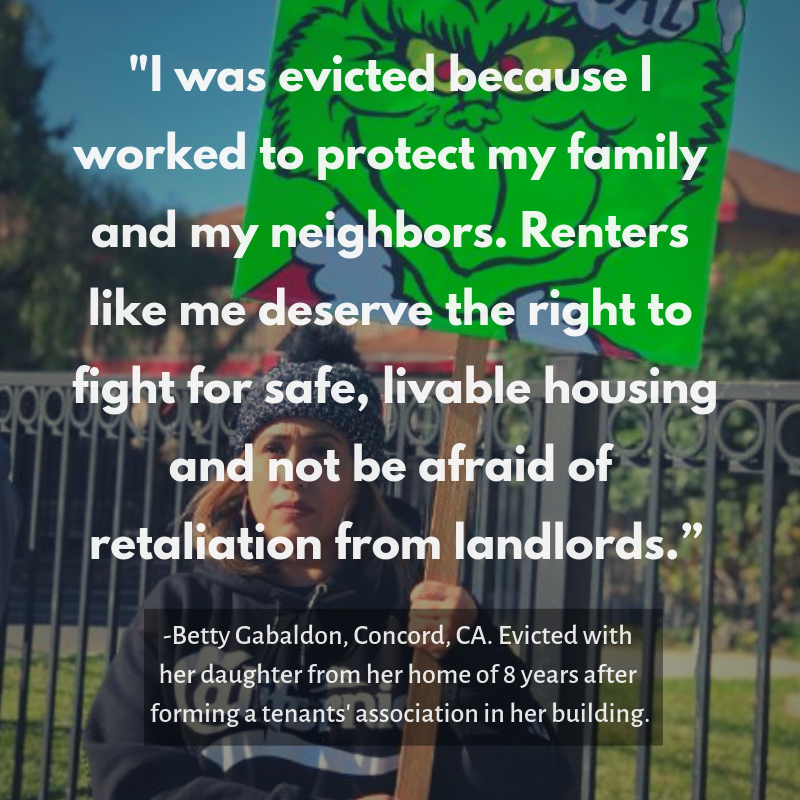