Good news! Governor Jerry Brown just signed AB 2819* to protect the privacy, credit, and reputation of tenants who are involved in eviction lawsuits. It is a commonsense and much-needed reform to make sure that only tenants who lose an eviction lawsuit end up with an eviction on their record. Many tenants ended up with bogus evictions on their record just because their settlement agreement didn't ensure their privacy or the eviction process took longer than 60 days. An eviction on your record means your credit is ruined for years.

Let's celebrate our victories and keep building tenant power. Even these victories for simple fairness are a big uphill battle. Hundreds of you wrote letters and made calls to the legislature and Governor Brown, and we needed you because the Apartment Association of Greater Los Angeles (AAGLA) mounted a major campaign to kill the bill. They inserted doubt into lawmakers minds, and they listen because AAGLA and the California Apartment Association give big donations to both sides of the aisle.

To balance the scales of power, we're building momentum for housing justice and tenants' rights statewide and nationwide. We want to do a lot more than plug loopholes in existing law. We need deep, transformative change to fight back against displacement. We've joined with Homes for All for the National Renters' Day of Action, and already there are 10 actions all over California planned, and 46 cities participating nationally.

Pledge to join the National Renters' Day of Action on September 22nd! 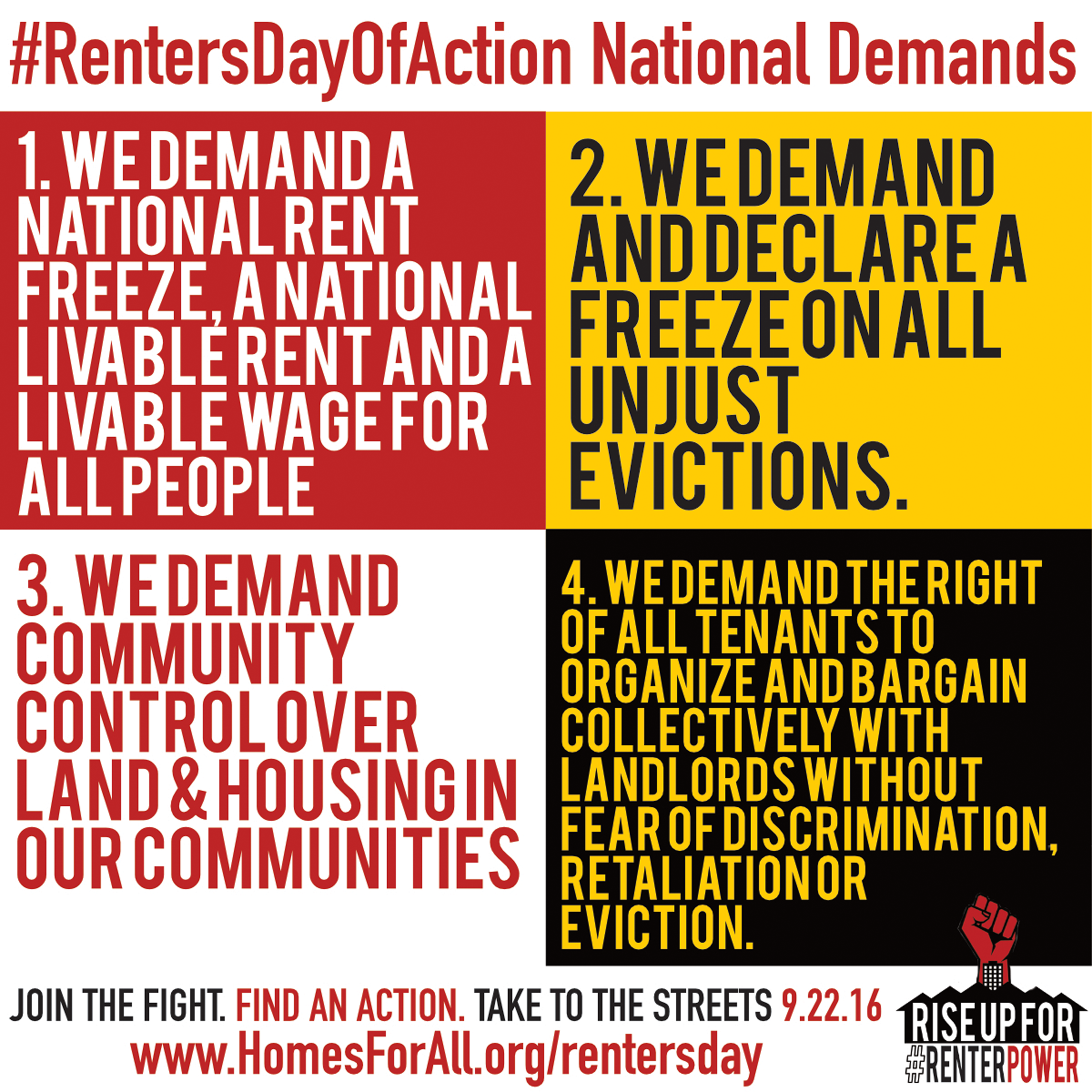 *AB 2819 was co-sponsored by Western Center on Law & Poverty and the California Rural Legal Assistance Foundation. Read more at www.ca2819.com