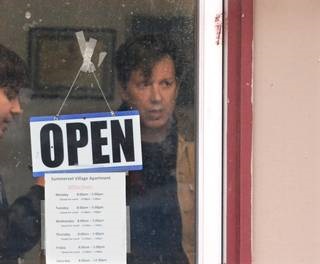 The city of Fresno must do a better job of getting property owners to fix up blighted homes, the Fresno County grand jury said Tuesday.

To that end, the grand jury said the city must ramp up its data collection and approve more funds for code enforcement.

The grand jurors also said that the city failed several times to provide them with documents disclosing how much has been spent to combat blight, and how much of that money has been recovered through fines. This budget impact is expected to be in the millions of dollars, as the Fresno Fire Department estimated the costs of fighting fires at such properties to be between $200,000 and $500,000 in 2014.

Mayor Ashley Swearengin and the City Council formed a task force in 2014 to deal with blighted homes, but that unit has done little more than discuss the importance of the issue in almost a year of meetings, the report indicates. A complete and accurate database of blighted homes and code enforcement citations would help both elected officials and the public understand the true scope of the problem. Fresno’s Development and Resource Management Division, which oversees code enforcement, will also need more staffing and transparency to show the public it is working on effectively ending blight.

City spokesman Mark Standriff said many of the problems listed in the report are being corrected.

Under a new blight-focused ordinance passed in May, the hiring process for new code enforcers has begun. The city has also started to survey the number of out-of-code homes in Fresno.

The report came after a year-long investigation looking into the issue of substandard housing, what local advocacy groups are saying about it and what the city is doing to fix it. The investigation included interviews, document review and an examination of several neighborhoods by grand jurors.

The grand jury defined blight as residential structures that may have boarded-up doors and windows, unmowed lawns, debris piling up in the yard, poor plumbing or several other indicators of dilapidation. Such houses and apartments drive down surrounding property values. They also contribute to crime and fire hazards, which increase city expenditures on law enforcement and firefighting.

Most of these homes, the jury found, are located south of Highway 180.

Grand jurors commended local advocacy groups like No More Slumlords and Faith in Community for their work in bringing the issue to light. They praised the city for passing the “Restore Fresno” ordinance, which requires homeowners to clean up their property and register vacant homes. They also commended Swearengin for forming the task force, which consists of various elected officials and community members.

The ordinance also outlined city plans to hire more enforcers and conduct a city-wide scan for blighted homes, but the grand jury said no progress in these efforts was shared with them.

Money, however, was at the heart of the recommendations.

In 2011, the city employed 60 code enforcers. But the recession caused that staffing to shrink. Now, only 25 code enforcement officers are expected to investigate 8,000 to 11,000 complaints, which include blighted homes, per year. Fresno needs to ramp up staffing to be able to enforce the solid standards set by the recent ordinance and discussed by the task force.

The grand jury said the city is currently looking into reports of improprieties by enforcers, but no findings were available by the report’s completion date. Jurors suggested that code enforcement supervisors monitor their staff more closely to insure the proper collection of fines and use of resources.

The city also needs to establish a database of blighted homes and their enforcement status, the report says. This would allow them to focus on the many Fresno neighborhoods, such as Lowell, Kirk and Jefferson, in which blight is a major problem. It would also allow officials to provide quick and accurate information on fines levied against offenders, which jurors said was not possible during their reporting.

Fresno State’s sociology department is currently working on cataloging blighted homes into a database, but it’s behind schedule, the grand jury said.

Janine Nkosi, a professor supervising the data collection at Fresno State and a member of the city’s anti-blight task force, said the location of blighted homes and their code violations has been collected. The team is now working on creating an interactive map with pictures and addresses so that the public can better access it. There was no timetable for its completion.

“We also put in a bunch of public information requests for documents to the city,” she said. “We have yet to hear anything back.”

Nkosi said all of her data was collected by several hundred students surveying Fresno over the last year. So far, more than 1,000 reported blighted homes have been investigated, resulting in around 450 violations cataloged.

She added that the city has yet to share their progress on taking the steps outlined in the “Restore Fresno” ordinance.

The grand jury concluded its report by saying it was not provided with any information indicating that the city was moving against repeat offenders — those development companies and people who own multiple blighted properties. A re-evaluation of the fee structure and fee collection could also curb this, the jurors said.

Read more:
http://www.fresnobee.com/news/local/article28038700.html
Issue:
Housing conditions/habitability
FAIR USE NOTICE. Tenants Together is not the author of this article and the posting of this document does not imply any endorsement of the content by Tenants Together. This document may contain copyrighted material the use of which may not have been specifically authorized by the copyright owner. Tenants Together is making this article available on our website in an effort to advance the understanding of tenant rights issues in California. We believe that this constitutes a 'fair use' of any such copyrighted material as provided for in section 107 of the U.S. Copyright Law. If you wish to use this copyrighted material for purposes of your own that go beyond 'fair use,' you must obtain permission from the copyright owner.