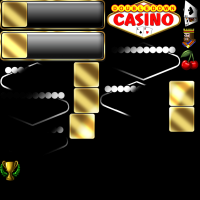 I spoke with a woman who returned my call, in response to my calling your hotline. The house i live in had a reverse mortgage and my landlord her grandson, sublet to me and 6 other tenants, the bank, rco legal notified us that they bought the home by auction on Aug.14,2014. Then following fanniemae's attorneys, rco legal, I faxed my lease and later was told I had 90 days to reside, along with my husband. On 10/02 The water was turned off by code enforcement, and the financial dept. Of the water co. Stating our leases were not valid, since danny ward didnt own the house, and could not rent to us. She would not accept any paperwork proving otherwise, and said we had 2 Days to vacate or be arrested, i called rco legal, and asked if Anna could call Melissa hughes, at code enforcement, to explain the bank, fanniemae owned the house, which Officer hughes, said did not, and the reason the house was to e red tagged in 2 Days, was it was uninhabitable, which i asked what makes ituninhabitable, she said NO WATER, i said but she turned it off, she said herself and the financial dept. Did as they work closely together, and on day 6, robert got a notice from the water co. Telling him to pay $125.00 less $50, he did on 10/07/14, and when he returned home the water was back on. The following a.m. he was confronted by code enforcement off. hughes, and 2 Ff police officers, and almost arrested, but said the water was on. The two officers went inside the home and returned, and 1 checked the water main shut off, and stated to melissa hughes, yes, it was, and she angrily called the water co. And it was immediately turned off. I apologize for such a long story, but since speaking to hughes, her superviser d. James, rco legal, etc, and leaving a copy of the deed of trust, which code enforcement superviser d.james asked for, i am out with what property i could manage to store, I am chronic asthmatic, and use a nebulizer, my roommate, debbie is on oxygen 14 hrs a day, another is a mental health patient who lived in the residence 9 Yrs., another, the grandson of lavonna ward(deceased-who owned the home 1743 kentucky st.), and beneficiary of the trust, along with danny ward (our landlord). We have been intimidated, and our rights violated, and forced out of the residence, along with our pets, with nothing. And no help. And water has not been reconnected, and no one of us 7 cares to be incarcerated, and are in the street and dont know what to do, but rco legal says i can legally reside for 90 days, thus validating my lease. Can ANYONE PLEASE HELP US??