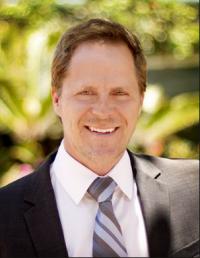 I was evicted by Summary Judgement for "illegal use" by a new landlord who set out on a campaign to evict me the day they bought the building. They returned the first rent check I mailed to them, stating they would not be able to accept my tenancy - that it had come to their attention that I was listing my spare rooms (my kids had grown and left, I had always listed my rooms on craigslist and then airbn, I had implied, verbal and WRITTEN permission for the previous owner, the previous owner lived directly next door to me and Louis Chen neglected to obtain an estopple certificate) on the website airbnb and they falsely accused me of constructing a loft that was in my 1997 written lease...they told me I needed to return the "attic" to it's original state - as if I was responsible for it's construction (hello no home inspection during the sale??) as well as remove a shelf above my closet (remove "affixed closet") remove the bed in the front room of the unit - the only room with a heat source and a walk in closet. All the other tenants had beds in their front rooms without any problem... we were given his phone number - call after call, letter after letter (included in my timely rent payment) went unanswered. He asked me who was paying the gardener, because he wasn't, adding "don't tell him, he'll figure it out" which was impossible as they had hidden the sale - there was never sign indicating it's sale and I was'nt able to catch the gardener until 6 months later - they were never paid and this didn't bother them in the least. The promptly rented the buildings parking garages out to businesses for storage and disappeared - no maintenance no gardener no repairs, no communications nothing.

Fast forward to today - I have been evicted by Summary Judgement for "illegal use" - violating a zoning ordinance - except I didn't and the Judge didn't care. After their first eviction attempt failed - and the acquired my lease from the housing department, after they were given a Notice to Comply to reduce my rent because my lease stated I do not pay for trash but did and reimburse me $300 plus - they just disregarded this - they threw my belonging away after the building was given 10 days to remove all property from the commmon areas, 17 years I'd used the common areas and now they were not the tenants but the owners - never mind they had never cleaned a single area once - they replaced my disposed furniture with a small cafe table and three chairs - for the four unit building - they recieved their 4th notice to comply from the LAHD for "change of use permit required" for parking garages and once again, pulled out the cases of alcohol the newest garage tenant, ekkamai thai restaurant stored there and pulled in a white VW bug and a moped for the brief inspection and then pulled the car and scooter out and replaced with beer and wine - just as they did they previous three times as well..I even have photos of him writing a check to the restaurant owner for his inconvenience. Back to the summary judgement - they say I am illegally using the attic as a living space - the Loft included in my written lease - and illegally subletting, violating my lease by running a commercial hotel in my unit in an residential R1 zone - IMPOSSIBLE for both - the loft was rented to me - it is in my 1997 lease, a hotel in not in a dwelling unit and a hotel does not share a kitchen or a bath etc..the Judge refers to the their latest attorney, and believes I am violating the zoning laws - in my non-comforming 4 unit building in a LAR1-1 (different than R1 but they could have cared less) and now not a lease violation but a city violation for which I have never been cited nor could I ever be cited and shazam - I am evicted and given 5 days to move out after 18 years of inceident free peaceful living - I was found to be in violation of the R1 zone and because I registered and paid the Los Angeles Office of Fimance the occupancy tax - admitted I ran a hotel - the certificate says "hotel operator" and viola - out on the street homeless and jobless THANKs to my landlord, his spoiled wife and their sleazy lawyer - what a lovely bunch of folks huh? I was not able to mention all the unbelievable facts that transpired in this case - hid office announcing their victory before Judgement being only one other injustice - there are too many to list - I hear about these kind of cases all too often now - greedy slum lords ugh!